The best CPUs for gaming

The best CPUs for gaming 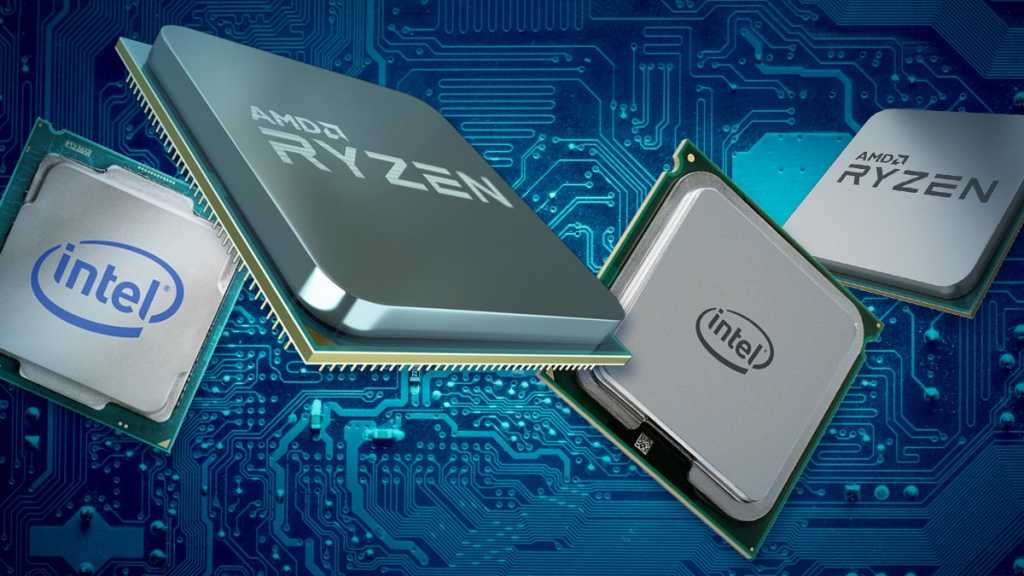 Buying a processor for a gaming rig isn’t as hard as it used to be. Now that Ryzen 5000-series and Intel’s 12th-gen Core CPUs come with more performance and cores than ever before, it’s hard to buy a stinker these days—especially because most games favor graphics firepower over CPU oomph. All that said, there are specific chips that stand out from the horde as the best gaming CPUs due to their price, performance, or nifty extras.

Whether you’re on a budget or willing to pay for sheer face-melting speed, these are the best CPUs for gaming PCs that you can buy.

The best gaming CPU for most people

Midrange CPUs are the sweet spot for PC gamers. In fact, if you don’t need the additional cores of pricier CPU options, this class of chip offers essentially the same gaming experience of processors that cost hundreds more. The bigger question is: Intel or AMD? The answer is complicated.

On the raw performance front, Intel’s new 10-core, 16-thread Core i5-12600K crushes AMD’s rival 6-core, 12-thead Ryzen 5 5600X in multi-core tasks and Office productivity. It wins in games, too, though the margins are closer there: In our eight-game testing suite, Intel pulled off four wins and two ties, with the Ryzen chip pulling out a pair of definitive wins. Overall, the Core i5-12600K is definitely the chip we’d recommend for most people—but there’s a caveat.

These are both great processors for gaming or productivity, and they’re both going for roughly $300, but the Ryzen 5000-series has been available for over a year now so its surrounding motherboard stack is fully fleshed out. You can easily buy budget or mainstream models of AMD’s AM4 500-series motherboards. But Intel launched Alder Lake with only high-end Z690-class motherboards in two, which carry a steep price premium. If you decide to opt for one with cutting-edge DDR5 memory support, the overall cost of ownership gets even higher. If price matters more than raw performance, the lower total platform cost of a Ryzen 5 5600X with a mainstream H-series AMD motherboard and DDR4 might be a better option for you—at least until more affordable Intel motherboards hit the streets.

Modern Core i5 and Ryzen 5 chips with six cores deliver nearly the same levels of gaming performance as pricier processors, with only a few edge-case exceptions. You only need to step up to a high-end gaming CPU if you need more cores for productivity tasks, want eight cores for streaming or future-proofing against console hardware configurations, or simply demand the absolute fastest potential frame rates in any situation.

If you’re in the market for peak performance, the $650 to $700 Intel Core i9-12900K is the best gaming processor in the world going off pure frame rates, usurping the title from AMD’s ferocious Ryzen 9 5950X. The 16-core, 32-thread Ryzen chip costs $750 and manages to beat Intel’s 16-core, 24-thread CPU in some productivity tasks, as the Core chip uses a radical new mixture of high-performance and high-efficiency cores, but when it comes to raw gaming, the cheaper Core i9-12900K reigns supreme. Do note that you’ll need to buy cutting-edge (read: pricey) DDR5 memory to push this beast to its full potential, even though some Z690 motherboards support the established (read: not as pricey) DDR4.

AMD’s $550 Ryzen 9 5900X is another solid option that offers high frame rates, but paying that much for a 12-core chip doesn’t make sense if pure gaming is your goal.

If you simply want ultra-fast gaming frame rates and don’t need a borderline insane amount of CPU cores for productivity work, consider the step-down Core i7-12700K and Ryzen 7 5800X as well. Each costs roughly $450, with prices somewhat varying on the streets, and offer 12 and 8 cores, respectively. Either would be a great option for people looking to build a balanced PC for work and play alike, with Intel’s chip being better for pure gaming—though once again, DDR5 and Z690 motherboards can make the total platform cost for Intel chips higher until more mainstream options release. 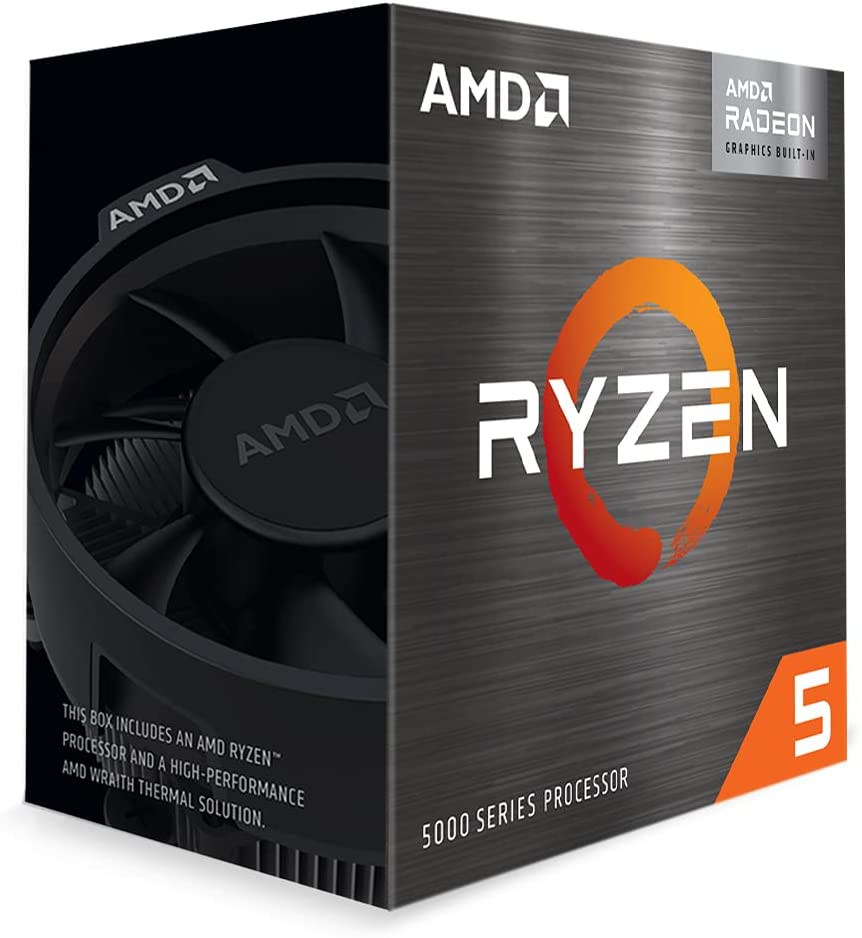 It’s a rough time to build a gaming PC on a budget, with very few CPUs available under $200. Intel and AMD have been prioritizing higher-end CPUs while navigating the ongoing chip shortages, with neither side offering an affordable Core i3 or Ryzen 3 processor in their most current lineups. You can’t even find AMD’s last-gen Ryzen 3 3100 or 3300X chips easily right now. Sigh.

All is not lost however. GPUs are even harder to find than CPUs right now—virtually impossible, in fact. If you’re looking to build a new gaming PC from scratch and don’t have a graphics card already available, consider AMD’s $260 Ryzen 5 5600G or $360 Ryzen 7 5700G processors. Yes, those aren’t quite budget-priced. But rather than being straightforward CPUs, these “APUs” come with surprisingly good Radeon graphics cores integrated onto the chip, meaning you can play most games at 720p or 1080p resolution. It’s like a processor and an entry-level graphics card in a single part. And once you are able to snag a graphics card, you can simply drop it into your system, because the CPU cores are very good for mainstream gaming, as our Ryzen 7 5700G review showed.

The 5600G offers 6 cores and 12 threads, paired with 7 Radeon graphics cores clocked at 1.9GHz. The step-up 5700G bumps that up to 8 cores and 16 threads, alongside 8 Radeon cores running at 2GHz. Most shoppers on a budget would be better off with the cheaper part, unless you have a specific productivity-related reason to opt for the higher CPU core count in the Ryzen 7 chip.

Already have a graphics card and just need a processor? You’ll want to turn to previous-gen Intel parts, at least until (if) a rumored Core i3-12400 appears. Your best bets are the Core i3-10400F for $173 or the Core i3-11400F for $198. Both offer 6 cores and 12 threads. Intel’s 11th-gen “Rocket Lake” chips didn’t offer a meaningful performance improvement over 10th-gen chips so don’t hesitate to opt for the 10400F if you’re on a tight budget. You’ll want to ditch the bundled stock cooler and go with a cheap third-party option to coax the most performance out of these chips, however.

The “F” denominator in those parts means they lacks an integrated GPU, however, so a graphics card is necessary. Non-F versions with integrated graphics are also available, typically for around $20 more, but at that point you’re probably better off going with the Ryzen 5 5600G’s much better gaming-ready Radeon graphics.

View all posts by Keys →